What Medications are Used in Addiction Treatment?

Addiction is a chronic, lifelong condition that can completely disrupt a person’s life. While it is possible to treat addiction and maintain lifelong sobriety, achieving initial sobriety without outside help and intervention from medical professionals is extremely difficult, and also lessens a person’s chances of success. Because addiction is such a chronic and serious disease, treating the disorder requires a holistic, integrated, and multi-pronged approach from a team of qualified medical professionals and therapists.

Therapy, both group and individual, and aftercare support are adequate for addressing the root causes of addiction, and the various mental and emotional issues that trigger drug abuse. Using prescription medications during the detox and rehab timeline can also significantly reduce a person’s chances of relapse, and medications can even reverse, prevent, and lessen the severity of withdrawal symptoms. In some cases, psychiatric medications are also needed to alleviate symptoms that can trigger drug or alcohol use in vulnerable patients. While medications can come with certain risks of their own, using them to treat addiction is still a highly effective way to help patients through the often painful withdrawal process and avoid relapse.

Why do people often need medical assistance for detox and withdrawal?

Drugs and alcohol will rewire the brain’s risk and reward neural pathways. When someone starts abusing a substance, the chemical compounds in the drug will directly impact the way the brain functions. In substance use disorder, a person’s body and brain have become so used to having the substance, that the person is unable to function without it. When someone stops taking drugs or alcohol when they are dependent and addicted, they will experience a range of painful and distressing withdrawal symptoms as their body attempts to rid itself of toxins and return to a natural state of equilibrium. 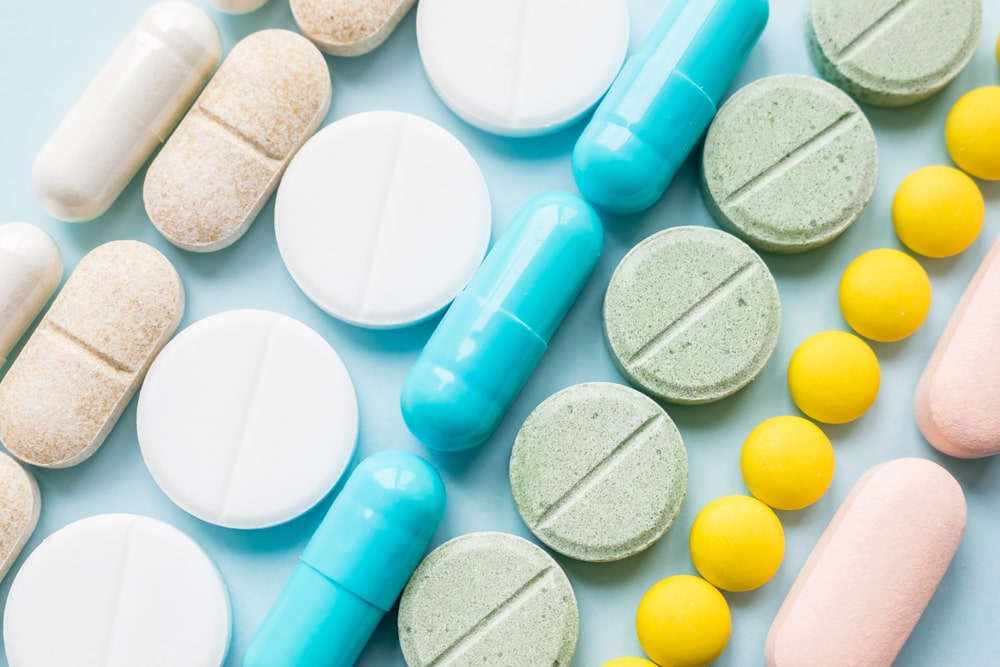 Withdrawal symptoms can be both psychologically and physically distressing. In severe cases, withdrawals can also be dangerous. For example, people who have been addicted to alcohol for a long time may experience a condition called delirium tremens, or DT, when they attempt to quit drinking. DT is a seizure disorder that can be life-threatening. Also, painful withdrawal symptoms can influence someone to retake drugs or start taking a replacement drug to get some relief from their pain.

When it comes to using medications to treat drug addiction, medicines can do several things to help someone achieve and maintain sobriety. The exact way that prescription medications work to influence the withdrawal and detox process can vary significantly. But in all, these medications are used to either target and treat precise detox symptoms, or to prevent cravings for drugs. Some medicines may also be used to counteract the high from a medication. The medications are intended to help restore the body’s natural equilibrium and give patients relief from distressing and painful withdrawal symptoms that can increase their chances of relapsing or experiencing other dangerous issues, like delirium tremens.

When it comes to treating drug abuse and addiction, many people are understandably fearful of the pain they will feel when they attempt to detox from drugs. Knowing that a rehab center uses medications to treat and address symptoms can positively impact someone to seek treatment and achieve sobriety.

What medications are typically used to treat addiction?

Medications that are commonly used to treat addiction include the following:

Some of the most well-known medications that are used during addiction treatment are Naltrexone or Buprenorphine. These prescriptions are an integral part of the fight against opioid addiction and abuse. Drugs like opioids are some of the most addictive in existence. Treatment can be especially tricky for recovering addicts because opioid withdrawals come with long-term and severe cravings to use. Unfortunately, opioids are the drug most responsible for overdoses and deaths. Drugs like Naltrexone and Buprenorphine can help prevent cravings and also block the effects of opioids if someone relapses.

How do they work?

Although drug addiction and abuse impact a person’s entire life – from their physical health, to their behavior, thoughts, and feelings, addiction starts and ends in the brain. For example, the drug Naltrexone blocks the brain’s opioid receptors. These receptors are activated in opioid addiction when someone takes an opioid drug. The chemical compounds of the opioids bind to the brain’s receptors, flooding the body with a euphoric feeling that is incredibly addictive. But taking Naltrexone means the prescription will bind to the brain’s receptors.

Two things happen as a result of this mechanism. For one thing, the receptors are activated, so the user won’t feel intense cravings to use opioids, which is what would happen in an addicted person who was attempting a withdrawal. On the other hand, Naltrexone blocks a person from feeling high if they were to relapse and take an opioid drug. Vivitrol is an injectable, extended-release version of Naltrexone, and is used to treat alcohol addiction. While the tablet form of Naltrexone must be used every day or two, Vivitrol can be injected once per month for the same effects.

Other medications that are used in the fight against opioid addiction include agonist drugs, such as methadone and naloxone. These drugs inhibit the brain’s opioid receptors from activating. But naloxone takes things a step further. The drug also reverses the effects of opioids, so it can be used to treat an overdose.

Combining naloxone with buprenorphine creates a medication called Suboxone, which is a drug that is highly effective for combating the heroin and opioid epidemic. Suboxone can be used to counteract the effects of opioids and also lessen cravings and withdrawal symptoms.

A medication called Acamprosate, or Campral is also used to combat alcoholism. The drug maintains the chemical balances in the brain that prevent the brain from becoming over-excited during withdrawals. This drug can be useful for preventing the potentially fatal delirium tremens from occurring.

Also, some prescription medications are used “off-label” to promote abstinence and sobriety. For example, drug withdrawals can cause tremors and muscle spasms. Muscle relaxants like Baclofen can be used to lessen the severity and frequency of this issue during the detox timeline. Anticonvulsants like gabapentin can be used during detox, as well as low-dose Topamax for alcohol cravings, anxiety, and depression.

Furthermore, drugs used to treat detox and withdrawal symptoms can come from strange places. When the drug modafinil was approved in 1998, the drug was initially intended to treat narcolepsy. However, it was soon found that modafinil could assist with cocaine withdrawals and addiction recovery. Currently, there are no medications on the market specifically for cocaine withdrawal, but modafinil is used off-label and is a highly effective medication for the painful withdrawal symptoms that occur when someone tries to achieve sobriety from cocaine.

No substance is 100% safe, including legal, prescription medications for drug addiction. For one thing, drugs that are used to treat addiction must be administered under strict guidelines and with doctor supervision because these drugs can cause a range of issues if misused. Naltrexone, for example, can’t be used until someone has fully detoxed from opioids. Taking NNaltrexone before the body has had a chance to detox can lead to very harsh and powerful withdrawal side effects.

Naltrexone is considered to be the safest and most effective treatment for opioid abuse because it is easy to use, and also comes with minimal side effects and risk of dependence. Naltrexone works by completely blocking the activation of the brain’s opioid receptors, which is why it is called an opioid antagonist. But medicines like buprenorphine are considered partial opioid agonists, so they only partially activate the brain’s opioid receptors. Both of these drugs have a low rate of abuse. However, some medication used to treat opioid addiction do come with a potential risk for abuse and addiction.

People will sometimes abuse these drugs because they can produce a slight euphoria in users who are not used to taking potent opioids like heroin or OxyContin. People who are addicted to heroin may also obtain medications like Suboxone to prevent painful withdrawals. While this isn’t necessarily dangerous, it is still considered illicit use of the drug.

Why do they need to be administered by professionals?

Because these drugs can be abused, people who have legally prescribed medications for opioid addiction must obtain them from specialized clinics and take the drugs under a doctor’s strict supervision. Certain prescription medications can also interact poorly with other substances and medications. As always, it is critical that people take medications as directed by a medical professional.

Treating addiction and drug abuse requires an integrated treatment plan and access to a team of doctors and therapists. If you or someone you care about is struggling with substance use disorder, Mission Harbor Behavioral Health can help. Please contact Mission Harbor today to learn more about our treatment programs.