A Guide for Treating Teens with Addiction and Substance Abuse Issues

Few things are as nightmarish for parents as discovering that their teen has been abusing drugs. Individuals who experiment with drugs and alcohol in adolescence are at increased risk of becoming addicted to substances as adults. For parents, it’s critical that they understand the signs and symptoms of drug or alcohol abuse in their teenager. Knowing how best to confront a teen about substance abuse, and where to go for help can significantly decrease the risk of a teenager becoming addicted as they age. This guide will show parents the symptoms to look for if they suspect a child is using drugs or alcohol, how to intervene, where to find a treatment center for teens, and what happens during treatment for addiction. 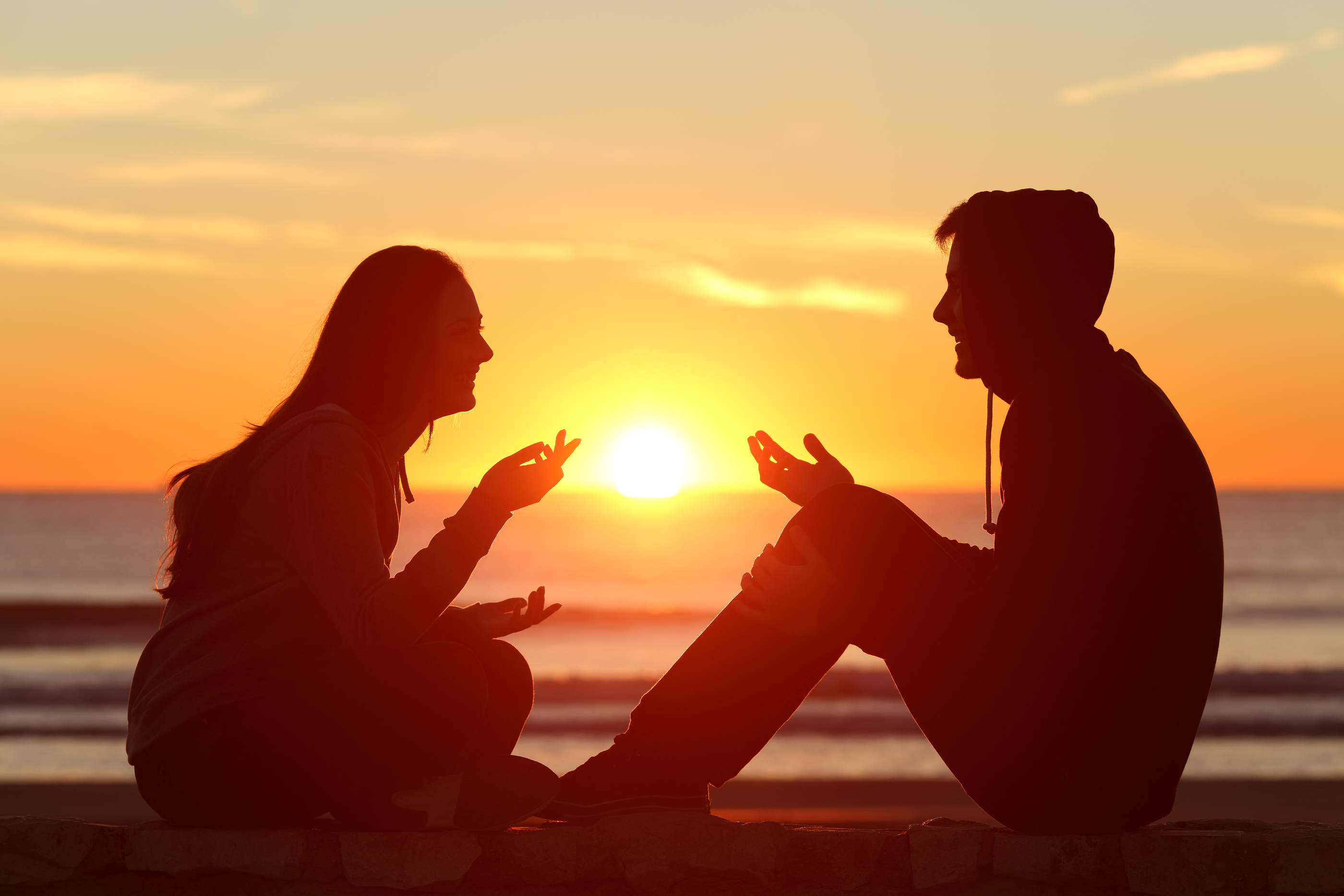 Why do teenagers abuse drugs or alcohol?

While it’s impossible to predict whether or not someone will become addicted, several known risk factors can increase the chances of addiction. Plus, certain risk factors are inherent to adolescence that can raise rates of addiction in vulnerable populations.

For instance, the teen years are when most people with mental health disorders will begin to experience symptoms. Teens often don’t know what’s happening to them, and they may turn to drugs or alcohol to alleviate distressing symptoms of depression, anxiety, or another mental health disorder. Estimates show that up to half of all people who enter drug and alcohol rehab have a comorbid mental health condition that has either triggered their addiction disorder or has worsened from substance abuse. It’s imperative that parents get their teen into treatment so they can be thoroughly evaluated and treated for an underlying mental health disorder.

Research has found that the most significant risk factor for teenage drug abuse is the availability of drugs within the adolescent’s peer group, combined with a lack of parental supervision. Research has also found that the riskiest time in a teens life is during significant transitional periods when they are most likely to try drugs or alcohol. Divorce or separation, moving, the death of a friend or relative, and transitioning from elementary school to middle school, high school, and to college, are the riskiest times for teens to try drugs or alcohol.

However, there are protective factors that can mitigate these risks. A strong parental bond, academic competence, self-control, strong neighborhood attachment, and parental supervision can lessen these risk factors and keep teens safe from drugs and alcohol.

Reasons Teens Use Drugs and Alcohol

What are the signs that a teenager is abusing drugs or alcohol?

Despite a parent’s best efforts and intentions, some teenagers may still fall prey to drug abuse and addiction within the community. When this happens, it is imperative that parents and guardians do not hesitate to get their teen into a treatment center. Parents should also be aware of the signs of drug or alcohol abuse in teens. Many parents will make the mistake of thinking that a teenager’s change in behavior is “teen angst.” The longer a person abuses drugs or alcohol, the more difficult the detox and withdrawal period will be for them.

What are the most common drugs that teens abuse?

According to the Monitoring the Future Survey, which tracks and reports trends in adolescent substance abuse, alcohol use is highly prevalent among teenagers, with 25.6 percent of 8th graders, 46.4 percent of 10th graders, and 61.5 percent of 12th graders reporting they have consumed alcohol at some point during their lives. While very few teens report daily alcohol use, around one-third of 12th graders admit they’ve used alcohol within the past month.

Marijuana use is also common, with 6.9 percent of 12th-grade students saying they use the drug daily. By 8th grade, 14.8 percent of teens have used marijuana at least once during their lifetimes, and by 12th grade, this number rises to 43.7 percent.

Abuse of inhalants is increasing among younger teens, as 12.6 percent of 8th-grade students admit to using these drugs at some point, which is a significant increase from previous years. Furthermore, by the time they reach their senior year of high school, 7.5 percent of teens have used hallucinogenic drugs, and 3.6 have used ecstasy. In addition, 4.1 percent of high school seniors have used cocaine, and 1.6 percent have tried crack cocaine.

Every drug will have a slightly different set of symptoms when it comes to recognizing abuse, but there are overlapping drug abuse symptoms that are present no matter what substance a person is taking.

Why is treatment important?

While it’s true that drugs and alcohol affect numerous bodily systems, they primarily affect the brain, and an adolescent’s brain is developing and going through many changes. Introducing substances in the teen years can permanently damage a teen’s cognitive functioning and other physiological systems.

How should parents respond if they suspect their teen is using drugs or alcohol?

Before confronting a teenager about suspected drug use or alcohol addiction, it’s critical that parents reach out to a qualified drug addiction counselor, who is experienced with treating teens, first. A counselor can help parents emotionally prepare for the conversation they are about to have with their teen. They can help the family set realistic goals, and answer any questions and concerns they may have about rehabilitation treatment for adolescent patients. Having this type of conversation with an adolescent will rarely go as smoothly as the parents hope, but a counselor can show parents the best way to open up the dialogue and how to use de-escalation techniques to keep the conversation heading in the right direction.

When people who are addicted to drugs or alcohol are confronted with the possibility that they will lose access to the substance, they may panic, lash out, and become unreasonable. Losing access to an addictive substance will cause the person to go through withdrawals, which are often painful and distressing. It’s critical that parents are fully prepared with a plan for rehab for their teenager. In rehab, patients have access to doctors and medical professionals who can treat them for painful withdrawal symptoms. If a teenager knows they will not have to go through withdrawals cold turkey, it can make the prospect of attending rehab less overwhelming and stressful.

In most cases, teenagers attend an outpatient rehab facility after the withdrawal period. Outpatient rehab lets teens stay in school, at least part-time, so they can either finish out the school year on time or graduate on time. But in some cases where addiction is severe, or the teen is also suffering from a comorbid mental health condition, they may need to attend a more intensive, inpatient program. After a teen finishes outpatient or inpatient rehab, they will need to continue with ongoing counseling, twelve-step programs, or other forms of counseling to avoid relapse and maintain sobriety.

Addition and drug abuse affect millions of people in the U.S. every year. Despite the commonality of substance abuse disorder, it affects people in different ways, and treatment methods must be tailored and customized to the individual. For parents who suspect their teenager is abusing drugs, it’s critical that they speak to an experienced drug abuse counselor immediately. A counselor who is experienced with treating teenagers can guide parents on the most effective way to talk to their teenager, where to look for help, and a counselor can also help parents navigate this emotional minefield.

When is it time to seek rehab for teens?

Since the consequences of teen substance abuse are significant, you must seek rehab for teens at the first signs of a problem. While experimentation may be common among teens, it can quickly become a bigger problem if left unaddressed. When you begin to notice substance abuse, it is time to speak with a qualified drug and alcohol counselor to intervene and address the underlying issues that have led your teen to experiment with drugs.

While an intervention for teens is needed at the first sign of substance abuse, parents may sometimes miss the warning signs. In this case, a teen may develop a full-blown addiction, which experts refer to as a substance use disorder. Suppose your teen begins to show signs of a substance use disorder, such as being unable to perform at school because of drugs, demonstrating withdrawal symptoms when drugs are unavailable, or being unable to reduce their drug use. In that case, it is time to seek immediate help.

If you are in need of rehab for teens, Mission Harbor is here to help. We serve Santa Barbara and other Southern California areas, and we offer a program specifically for teens. Contact us today to learn how we can help.