A Guide to Legal and Illegal Drug Overdoses 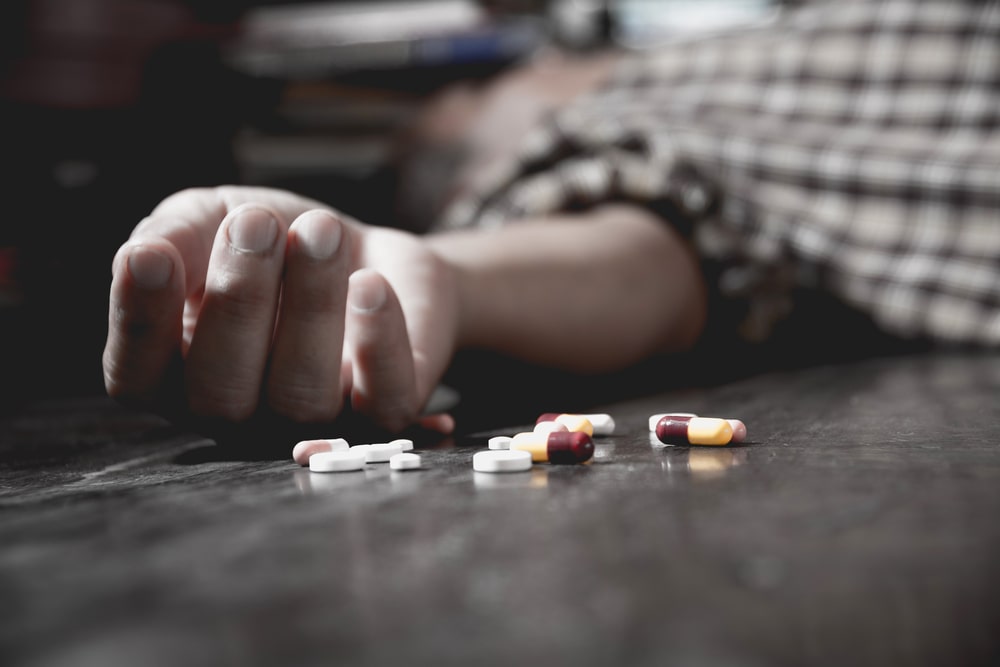 It’s important to understand the signs and symptoms of drug abuse and drug overdose. Knowledge in this arena can save a life and get someone the treatment they need to overcome their drug addiction.

Why do drug overdoses happen?

While the majority of overdose deaths in the country are the result of prescription drug abuse, people who are addicted to illicit drugs are still at-risk of overdose. In the U.S., opioid-derivative drugs and benzodiazepines are the most likely drugs to be involved in an overdose. An estimated 91 people per day die from opioid-related drug overdoses.

In most cases, drug overdoses are unintentional. When someone starts taking a drug or substance, their body will build up a tolerance. This means that the person will need to take more and more of a drug to get the same desired effect. If they are unable to meet their body’s demands, they will experience withdrawal symptoms.

Withdrawal symptoms can vary in intensity and duration, depending on many different factors. The type of substance a person is addicted to, how long they’ve been addicted, and also how much of the drug they’ve consumed can all influence withdrawal timeline severity.

In unintentional overdose deaths, many scenarios can arise that increase the person’s chance of overdose. For example, illicit street drugs are often cut with other substances. Dealers and black market manufacturers of these drugs do not know how much of the drug is in each hit. People who are addicted will purchase illegal drugs that aren’t labeled, and can be much more potent than what they’d expect. They take the drug, and their body is quickly overwhelmed, and an overdose can result.

Another scenario that can happen with unintentional overdoses has to do with tolerance and relapse rates. When someone who’s been addicted to a drug goes through withdrawal, detox, and reaches sobriety, they are at risk of relapsing, especially in the first few weeks and months after cessation. That person will retake a drug and not realize how much their tolerance has gone down since reaching sobriety. An overdose can happen when they take far more of a substance that they can physically handle.

Also, people who take multiple prescription drugs can sometimes forget how much of a drug they’ve taken. They may mistakenly believe that they haven’t taken their allotted dose for the day and unintentionally overdose.

In many cases, people who are addicted to opioids can exhaust their supplies of the legal drug, or even experience significant financial hardship trying to obtain the pills through the black market. Sometimes, people with a severe addiction to opioid narcotics will turn to cheaper, more abundant street heroin to prevent withdrawals.

Unfortunately, the risk of overdose goes up significantly with drugs that are frequently injected into the veins, such as heroin or even cocaine. With injectable street drugs, people don’t know how much of the drug they are getting, or if it is mixed with another substance whose presence increases the chances of overdose.

People in the initial stages of heroin or cocaine addiction usually don’t start out injecting the drug. But they move on to injecting the drug as a means of getting a quicker, more intense high. These risky behaviors also increase their chances of overdose.

Illegal drugs increase unintentional and intentional overdose death rates in other unforeseen ways. People who witness an overdose of an illegal substance may fear legal repercussions from law enforcement if they call for help. In response, many states have enacted Good Samaritan laws that protect people from legal consequences if they report an overdose.

Intentional overdoses can happen when someone is suffering from untreated depression or another mental health disorder and takes a drug as a suicide attempt. A significant number of people who enter rehab for drug addiction are struggling with mental health disorders, with depression and anxiety being the most common. It’s imperative that people who struggle with drug addiction can get treatment through a licensed rehab facility that is experienced with recognizing and treating these comorbid health conditions.

What are the signs of a drug overdose?

The signs of a drug overdose can differ depending on which drug a person has taken. Drug overdoses involving substances like amphetamines and meth, which raise heart rate and blood pressure, will appear slightly different than drugs that depress central nervous system functioning.

Other symptoms can also accompany an overdose, no matter what drug someone has taken. These common overdose symptoms include chest pain, stomach upset, confusion, and headaches.

Not all overdoses result in death. But if a person falls into a coma, becomes unresponsive, or begins to seize, they need to get to a hospital immediately. Even overdoses that do not result in a coma, seizure, and death can cause permanent disability and other health issues.

For opioids, which are considered narcotic drugs, recognizing the early stages of an overdose can be incredibly difficult. The early stages of overdose look very similar to how the drug normally affects someone. For example, a person who has taken opioids, and a person who is overdosing on opiates, will both have dilated pupils, and they will both appear lethargic. However, taking the correct, physician-instructed dose of opioids will not result in shallow breathing, clammy skin, or blue-tinged fingernails and lips. These are signs that someone has taken too much of the drug and is at risk of overdosing to death if they don’t get medical attention.

What should someone do if they suspect a person is overdosing?

If someone suspects that a friend or family member is overdosing on drugs, it’s imperative that they call 911. It’s also crucial that they do not leave the person alone and unattended, but wait with them for medical personnel to arrive.

If the individual has lost consciousness, they are at risk of vomiting and choking. Always place them on their side to prevent asphyxiation. If they are conscious, do not give them anything to eat or drink. With some drugs, overdosing can cause a dangerous crash in blood sugar levels. Giving a person food or drinks can hasten this side effect and induce a potentially fatal, or disabling seizure. People who are suffering from alcohol poisoning should not be given black coffee, or a cold shower to “sober them up.” These old wives tales can induce a seizure, or lower the person’s body temperature to dangerous and potentially fatal levels.

What can be done to prevent a drug overdose in the first place?

A drug overdose is usually the last stop in the long process of drug addiction and abuse. Before an overdose occurs, there are many signs and symptoms that a person is suffering from substance or alcohol use disorder. Supporting and encouraging someone to enter an outpatient or inpatient rehab center can enable them to achieve sobriety and stay away from drugs or alcohol. The earlier in the addiction process that a person gets help, the more likely the outcomes will be successful, and they will achieve lifelong sobriety.

Early intervention can also uncover comorbid or co-occurring health conditions that are the root cause of someone’s drug addiction. Often, people with untreated mental health disorder symptoms will turn to drugs or alcohol to find relief. It’s crucial that root causes are addressed early to prevent an overdose from happening.

If someone is concerned about a loved one’s drinking or drug use, please contact a licensed rehabilitation facility. Representatives are standing by to assist loved ones with the treatment process and answer any questions they may have about availability, scheduling, and insurance coverage.