Warning signs can take any shape or form when it comes to mental health issues. From excessive sadness, sleeping too much or too little, mood swings, eating too much or too little, having fear for unusual things or events, feelings of hate or love in extremes, or even feeling nothing at all often qualify as symptoms of certain mental health issues. In order to successfully treat these symptoms, the issues must first be properly identified.

After a trained professional has diagnosed the issue, the next step is to plan an execution to treat it. This takes the form of specific therapies, custom rehabilitation programs, and recovery tracks designed for each person’s problem and the position they are in their life both personally and professionally. Additional support may be brought in for counseling to help the individual adjust to their new path and way of life.

Mental health conditions and disorders affect one in five adults in the United States. This means over 43 million people, and slightly more than 18% of the total population of the country, are experiencing a mental health disorder and its adverse consequences.

The most common mental health conditions are anxiety disorders—general anxiety disorder, PTSD, panic attacks, social anxiety, and phobias; followed by depression and bipolar disorder. Currently, 1% of U.S. adults are suffering from the effects of schizophrenia.

The prevalence of drug addiction within the mental health community can be attributed to the lack of mental healthcare services available to and sought by those with a disorder. Only about 40% of people suffering from a mental health condition in the last year have received treatment for their condition. Many people, in an effort to alleviate their symptoms, will turn to drugs and alcohol. Oftentimes, they will develop a dependency or full-blown addiction to the substance.

Most mental health conditions will appear by the time a person is only fourteen years old.

Another three-quarters of people prone to developing a mental health disorder will notice the first symptoms by the age of twenty-four. But oftentimes, it takes a person several years, sometimes decades, before they first receive help for their disorder. This gives them ample time to find relief with less efficacious, and sometimes dangerous, means.

Further complicating the issue, sometimes the drug or alcohol addiction will happen before the mental health crisis or disorder. For example, certain drugs, especially during their withdrawal phases, can cause depression.

Also, drugs like methamphetamine, ketamine, psilocybin mushrooms, PCP, and acid can cause the user to develop psychosis.

Psychosis is a condition wherein the sufferer believes things that are not real or behaves in a way that is situationally inappropriate. Sufferers may hallucinate, or experience delusions, which are firmly held, false beliefs despite evidence to the contrary. Hallucinations can be visual or auditory, and sufferers, while under active psychosis, are oftentimes a danger to themselves or others.

Drugs like cocaine and alcohol can cause depression when addicts attempt to quit. Symptoms of depression include behavioral, emotional, and physical changes. Suffers may stop eating or eat too much, become irritable or withdrawn, and experience extreme sadness or guilt and worry. People with depression are at increased risk of self-harm and suicide. 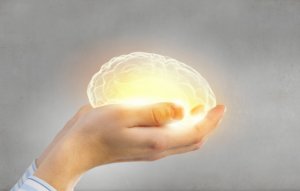 Because it is difficult for professionals to accurately access which came first, the addiction or the mental illness, those with co-morbid diagnosis require a different line of treatment than someone who only has a drug addiction or a singular mental health condition.

People who have a drug addiction and a mental illness typically experience more severe consequences related to these issues. For example, someone with both conditions will often suffer severe, long-term financial difficulties, trouble with the law, and interpersonal or social problems as a result of these conditions.

If someone is in the throes of an active drug addiction, detox must occur first. Mental health symptoms are often clouded by the effects of the drugs or alcohol. Once the person has undergone detox and has been sober for a period of time, a more accurate assessment can be made by a mental health professional or psychiatrist.

Those with comorbid conditions are at an increased risk of relapse and require an integrated approach to treatment. Under the care and guidance of trained therapists, doctors, and caseworkers, patients are encouraged to explore the following:

Patients, along with doctors and therapists, will need to work on contingency or maintenance plans. This will include on-going therapy sessions and medication compliance. Relapse prevention and motivational interviewing are also successful strategies those in recovery can employ for life-long recovery.

In most instances, therapy is not enough. Patients will need to find the right pharmacological treatment options for their disorder. Oftentimes, doctors will need to try different treatment methods for their patients. There are many prescription drugs and therapies on the market, and every person presents different signs and symptoms of the disease. Treatment often involves a fair level of experimentation and time before the right approach is found and can be maintained.