What are the different types of behavioral addictions?

Behavioral addictions begin the same way that drug or alcohol addictions do; neurotransmitters and other natural chemicals will flood the brain whenever an addiction-prone or an individual that has an affinity to addiction engages in these activities. While most of the population can take part in these behaviors without becoming addicted, vulnerable people can find themselves craving and participating in the action at unhealthy levels. While it’s true that behavioral addictions don’t cause a physical dependence like opiates or meth, people with a behavioral addiction will experience similar adverse consequences.

What makes a behavioral addiction so hard to treat is that these activities are deemed acceptable in society. For example, it’s incredibly difficult to abstain from using the internet because the internet is pervasive in modern society.

What are the signs and symptoms of a behavioral addiction?

Behavioral addictions don’t display the same withdrawal symptoms prevalent in drug and alcohol abuse. However, the emotional and mental symptoms are similar.

Also, there are physical consequences to these behavioral addictions. For example, people with sex addiction may suffer from STIs, and internet and gaming addicts can develop carpal tunnel, headaches, and suffer from neck and back pain. Psychological withdrawal symptoms are similar to those seen in drug addiction, including cravings, anxiety, and problems sleeping.

How are behavioral addictions diagnosed?

Growing evidence suggests that behavioral addictions are closely related to substance abuse and addiction, and respond to the same type of treatment methods. The disorders are diagnosed with similar criteria, too. If a person has a compulsion to participate in these behaviors but experiences negative consequences and still can’t bring themselves to stop, a behavior addiction is diagnosed. From there, mental health professionals and therapists can begin formulating a treatment plan tailored to the individual.

It’s incredibly easy for vulnerable people to gamble anytime or anywhere. It used to be that people had to go to the casino or another facility to indulge in a gambling addiction. But now, people can easily gamble in the privacy of their own homes. With the rise of smartphone technology, someone with a gambling addiction can quickly spiral out of control with 24/7 access to gambling apps and other gaming devices.

Gambling addiction is defined as when someone engages in compulsive betting and gambling behavior despite adverse consequences, and the desire to gamble causes distress. Current statistics show that 2.6% or 10 million U.S. adults have a gambling disorder.

Who is most at-risk for gambling addiction?

Surveys conducted throughout North America in recent years suggest the trend of young people with gambling addictions is on the rise, most notably in teenagers. While up to 88% of adult populations report not participating in gambling activities within the last calendar year, between 39% to 92% of surveyed teens say they’ve engaged in gambling activities. Studies with higher numbers of male adolescent participants reported higher levels of gambling.

A pattern of sexual impulses and behavior that cause distress or impairment in family, social, occupational, or other areas of functioning point to sex addiction. Left untreated, people with hypersexuality are at-risk of committing illegal acts like rape or voyeurism. Recent surveys show that compulsive sexual behavior affects between 3% to 6% of the U.S. adult population. The number of people reporting sex addiction is the same as those who currently suffer from cardiovascular disease. It is, unfortunately, quite prevalent.

The rise in technology can also be to blame for the increase in sexually compulsive behaviors. With the prevalence of dating apps and free pornography, people can easily indulge in sexually compulsive behaviors to their detriment. Living in a sexualized culture can also paper-over how much a sex addiction is costing someone in time, money, relationships, and personal well-being and happiness. People with sex addiction don’t claim to enjoy sex more than someone without an addiction. The difference is that they have a compulsion to engage in sexual activity, regardless of the outcome or if the experience is pleasurable.

Substance abuse is a key player in sex addiction, too. More than 83% of people with this behavioral disorder are dependent on drugs, alcohol, or compulsive gambling. Up to 8% of men and 3% of women have a sex addiction, and men on the autism spectrum disorder are more likely to develop the disorder than those who don’t have autism. People with an untreated bipolar disorder and borderline personality disorder are also at higher risk of acquiring sexually compulsive behaviors.

Up to 41% of people who play video games say they do it as a way to escape from real life. Again, technology plays a crucial role in the rise and prevalence of gaming addiction. Researchers claim that up to 7% of all video game players are addicted to the activity.

Adolescents and young adults are at a higher risk of developing a gaming addiction than their older peers. Male adolescents with authoritarian parents, who believe they are smarter at role-playing games than personal relationships, are the most likely to suffer from gaming addiction. People with high levels of anxiety, aggression, and neuroticism are also the most at-risk of developing this behavioral addiction. Online role-playing games and multiplayer games are reported to be the most addictive.

People who use the computer, obsessively checking emails, social media, or compulsively shop online despite the consequences are diagnosed as having an internet addiction. Up to 8.2% of the adult population in Europe and North America suffer from this behavioral disorder. Adolescents and senior citizens are the most likely to suffer from internet use addiction disorder. Nonsmokers, nondrinkers, and women are the most likely to develop an internet addiction. Up to 61% of surveyed adults claim that they would have a hard time giving up the internet for a week. 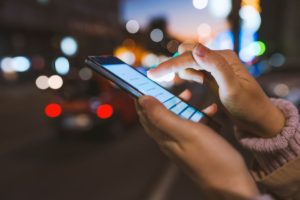 How are behavioral addictions treated?

Unfortunately, these behavioral addictions are relatively new to the medical and mental health lexicon. The prevalence of these disorders has increased in tandem with the rise in technology, which is a new phenomenon. Right now, there is no standardized method for diagnosing these disorders, but mental health professionals can help people overcome them and develop healthier ways of dealing with these compulsions. Cognitive behavioral therapy, talk therapy, and group therapy are known to be effective in helping treat these addictions.

People with behavioral addictions may not suffer the same physical risks to their health that people with drug addiction experience. But, leaving a behavioral disorder untreated can cause immense suffering for the person addicted and their loved ones. If you or someone you care about has a behavioral disorder, don’t hesitate to contact a qualified therapist and get the help you need.

Addiction is generally the result of a compulsive nature – where someone feels compelled to repeat behavior that has a negative impact on mental and/or physical health and their functionality both in the home and community.

Addictions can take many forms some of which are familiar, and some might surprise you. But addiction is addiction and it can take place without involving the stereotypical drug and alcohol abuse that’s more well-known. Process addictions take place when a person becomes addicted to a behavior that doesn’t include an addictive substance such as drugs or alcohol.

Compulsive spending is another process addiction and can lead to guilt, and shame as well as heavy financial, social, and emotional damages. Hoarding is often associated with shopping addictions.

People who are addicted to food cannot control their eating, and it becomes compulsive. Some desire foods high in fats, sugar and/or salt and compare the eating to feeling high. This can lead to multiples types of heart diseases, diabetes, and more – as well as putting strain on relationships and self-esteem. Addictions of this nature are emotionally, physically, and socially detrimental as overeating can lead to heavy guilt, major health problems, and can ruin relationships.

Some people crave the serotonin highs associated with doing something thrilling or dangerous. Behaviors include intentionally driving under the influence and having unprotected sex – and people who engage in such activities are known colloquially as adrenaline junkies. This behavior can include kleptomania – the impulse to steal items because of the rush it brings.

HOW TO TELL IF YOU HAVE A BEHAVIORAL ADDICTION

Though most people engage in the above behaviors, they’re not classified as addictions until the following criteria are met:

Unfortunately, there’s rarely one single cause that is responsible for a process addiction; oftentimes, they’re born from a combination of elements that include:

As with substance abuse, treatment may necessitate a highly structured environment to help the person interrupt acting on urges.