Eating Disorders and Teenagers: What Parents Need to Know

The adolescent years are a time of great social, physical, and emotional change. Increased stress on teens that’s part and parcel of the adolescent years can trigger mental health conditions and other behavioral issues. For teen girls especially, they are at risk of developing a serious and potentially deadly eating disorder. It’s crucial that parents and guardians can recognize the signs of an eating disorder and get their child the mental health treatment they need.

What percentage of U.S. teens struggle with an eating disorder?

There are several different types of eating disorders, and the most common among teens are:

An intense fear of weight gain characterizes anorexia nervosa, and sufferers will starve themselves. People with bulimia will make themselves throw up to avoid absorbing calories from food. Those with binge eating disorder will compulsively eat large amounts of food within a short period. They are often overweight or obese. 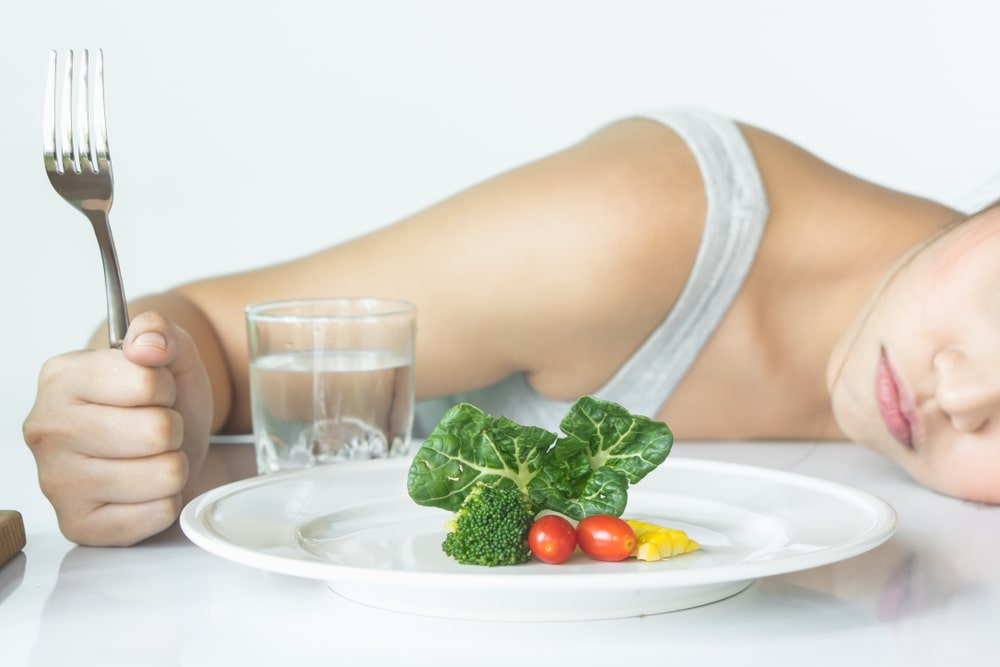 For anorexia nervosa, the onset of the disorder is most common around the time a person enters puberty. Binge eating disorder, bulimia, and anorexia nervosa will most likely develop in the late teens and early twenties.

Anorexia nervosa is a particularly deadly and serious mental health condition. Out of all mental health disorders, anorexia is the most deadly. People with untreated anorexia are also 56% more likely to commit suicide than people without the disorder. Alcohol and substance abuse rates are also elevated in eating disorder patients.

For parents, it’s critical that they can recognize the symptoms of the disease and get their child into treatment quickly. The sooner treatment is started, the higher the success rate will be for their child.

Why do teenagers get eating disorders?

Like most mental health disorders, the exact cause of an eating disorder isn’t fully understood. But, there are a few risk factors that can contribute to eating disorder onset.

Teen girls who are heavily influenced by pop culture, which values thinness, may think that they are too heavy, even if they are a normal, healthy weight for their height and age. Perceiving that they are overweight can pressure girls into losing an unhealthy amount of weight, and trigger an eating disorder. Teens who participate in activities and hobbies that value thinness are also at risk of developing an eating disorder.

Teens who have a close relative with an eating disorder are at higher risk of developing the same condition. Possessing certain personality traits such as anxiety or perfectionism can also increase a person’s risk.

What are the symptoms of an eating disorder in teens?

Recognizing the early stages of an eating disorder can be challenging for parents. It’s not uncommon for teens to change their eating habits from time to time. The adolescent years are usually quite busy, and it can be common for a teenager to skip meals occasionally. For parents, it’s important to watch their teens eating habits closely if they are concerned about eating disorders. If the following symptoms occur in clusters, patterns, and start to interfere with daily functioning, then it is cause for concern.

Some of the symptoms of anorexia nervosa include:

The symptoms of bulimia include:

The symptoms of binge eating disorder include:

Untreated eating disorders can cause many different health consequences and long-term issues for the sufferer. Binge eaters are at high-risk of the health issues related to being overweight and obese, such as high blood pressure and diabetes. People with bulimia can severely damage their teeth, and also develop heart problems and hernias from compulsive, forced vomiting. Teens with anorexia are at high risk of suicide, substance abuse, and dying of starvation and organ failure.

What can parents do to help their teen with an eating disorder?

Although eating disorders are serious, they are treatable. With treatment, 62% of eating disorder sufferers make a full, life-long recovery from the disorder. Even if a sufferer is unable to make a full recovery after initial treatment, getting treatment puts plans and aftercare methods in place to help teens quickly if they relapse.

For eating disorders, a combination of inpatient treatment in a hospital setting is ideal, especially for severe cases of anorexia. A multifaceted approach is the most effective, where patients have access to a team of medical doctors, mental health professionals, nutritional counselors, and therapists.

Are you worried that your teenage son or daughter has an eating disorder? The caring mental health professionals at Mission Harbor Behavioral Health are standing by to help you and your family. Please contact us today to see what we can do for your teen.