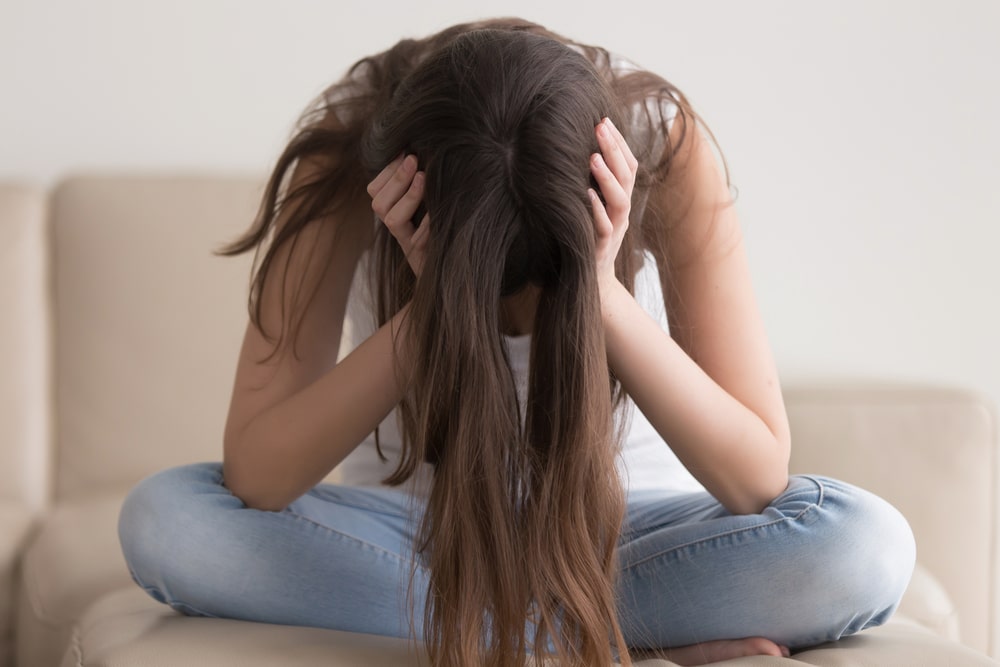 The teenage years are a difficult time for most adolescents even if they live in a stable and supportive home environment. Not only are teens dealing with the physical changes that entail growing up, but they’re also dealing with many emotional stressors as well. It can be hard for teens to navigate the changing social landscape at school and within their peer group. They may also wrestle with fundamental questions about their core identity, and how their decisions in high school can affect what they will do once they leave the nest. Add in any instability at home or in their personal lives, and teens can quickly become stressed and overwhelmed.

Negative stress not only adversely affects a person’s physical health, but it can also impact someone’s mental health, too. For teens, the tumultuous years between 12 and the early twenties can be incredibly stressful. In teenagers with genetic predispositions or other vulnerabilities to mental health disorders, they can experience a deterioration in their mental health from stress and worry. The impact of stress on mental health is true for adults and people of all ages, genders, and demographics.

Just how prevalent are mental health issues in U.S. teens, and what are the consequences of ignoring poor mental health in the adolescent years? Today’s article will explore the facts and statistics on adolescent mental health, and how parents and guardians can get their teenager the help they need.

What are the most common mental health issues in U.S. teens?

Teenagers often don’t realize that what they are feeling and experiencing isn’t a “normal” part of growing up, and it’s up to parents and guardians to recognize mental health symptoms in their teen and get them help for their disorder.

A staggering one in four, or 20%, of U.S. teens have a mental health disorder. School, working a first-time job, and socializing is difficult for teens who do not have mental health issues, but for those that do, these normal parts of growing up can be incredibly difficult. When teens suffer from an untreated mental health issue, not being able to navigate the teen years safely can set them up for significant difficulties as young adults. Leaving mental health issues untreated can make each subsequent episode more intense and harder to treat. Some mental health disorders can also put teens in danger of hurting themselves or of being hurt by others. In 2016, the CDC reported that teenage suicide rates soared 70% between the years 2006 to 2016. The group at highest risk of attempting suicide are young white men between the ages of 14 and 21.

Also, untreated mental health symptoms can be so severe that teens may turn to drugs or alcohol to cope with the symptoms. The most common mental health disorders among teens in the U.S. are:

What are the signs and symptoms of mental health issues in teens?

If a parent or a guardian observes the following symptoms in their teen, it could indicate that they are suffering from a serious mental health issue or drug abuse.

Children with a family history of mental illness and children who witness trauma or experience abuse and instability at home or school are at risk of developing a mental health disorder as a teen. It’s critical that sudden changes in behavior and a decline in schoolwork are not simply dismissed and chalked up to “teenage moodiness.” Early treatment will significantly reduce the impact a mental health disorder can have on a teenager’s life and the lives of their family members.

What can be done to help teens who suffer from mental health disorders?

Although teenage mental health problems are common and can be terrifying and heartbreaking for parents to experience, there is a lot that can be done to help your teen. Treatment will depend on the specific disorder your teen has, whether they are also suffering from drug or alcohol abuse symptoms, and what your teenager’s and family’s personal needs are.

For most teenage mental health patients, a combination of different therapies and medications can usually alleviate symptoms and improve their quality of life. Mental health counselors can also help your teen manage their time in the classroom with educational interventions, so the illness doesn’t negatively impact their schooling.

Are you concerned that your teenage son or daughter is suffering from a mental health disorder? Help is available for you and your family. The caring representatives at Mission Harbor Behavioral Health are standing by to assist you with getting the treatment your son or daughter needs. All calls are strictly confidential.

As if the teenage and young adult years aren’t hard enough, they are also when most mental health disorders show up for the first time. The National Alliance on Mental Illness (NAMI) says 50% of all mental illnesses occur by the age of 14, and 75% occur by age 21. If you’re a young person with questions, the first step to getting help is reaching out to someone you trust. If you’re a parent or loved one, it may be time to let your teen know you are there for them.

What Are the Risk Factors for Teens?

A wide range of factors influences mental health. The more risks like the ones below, the greater the likelihood an illness will develop:

Even if your child has low-risk factors, you may still struggle with questions. Does my son have childhood anxiety? Is my daughter depressed? What can I do now to keep it from getting worse?

How Does Anxiety Affect Children?

These disorders usually respond to cognitive behavioral therapy (CBT), a type of talk therapy that teaches young people and their families how to respond to real and imagined stressors. Adults learn how to react to children’s fears, and young people know how to examine their concerns and phobias.

Confronting anxiety in childhood may keep the condition from getting worse later in life or contributing to co-occurring disorders like depression or obsessive-compulsive disorder (OCD).

Is My Daughter or Son Depressed?

Over 1 in 10 children between the ages of 12 and 17 experienced an episode of major depression in 2014. To diagnose someone with major depressive disorder, doctors look for a low mood or lack of interest in things once enjoyed, but teens may have different symptoms. Uncharacteristic irritability, falling grades, or withdrawal from friends may be present.

Besides at least one of the above, a diagnosis of depression requires five of the following seven criteria:

It’s common for parents to be in denial about mental health disorders at first, but not getting help only worsens matters. Early intervention not only helps everyone feel better, but it can also prevent complications, such as substance use disorder, later in life.

At Mission Harbor Behavioral Health, our team of professionals works with adolescents and adults to address mental health issues and restore feelings of well-being and confidence. Contact us seven days a week for more information.